Skip to content
Apply for a Home Improvement Loan
CLOSED TODAY DUE TO INCLEMENT WEATHER!

Recently, Executive Chairman Paul Vollan sat down (over Zoom!) with Minnesota Bankers Association’s Carla Bush to share his secrets to success after more than six decades in banking. There are too many nuggets to share, so we thought we’d give you the video and the entire transcript to read as we celebrate Paul’s accomplished career at the helm of Lake Region Bank.

Carla: I’m Carla Bush of the Minnesota Bankers Association. In this MN Banking Minute, I have the honor of speaking with Paul Vollan of Lake Region Bank in New London. Paul has had a banking career for an astonishing 60 years, and he still comes into the bank almost every day.

Paul, 60 years in the business. You’re still coming every day. Why?

Paul: The reason I come into the bank is because I’m a people person. I enjoy customers and quite frankly, you have to get out of the house!

Carla: Even during the pandemic and with branches closed, are you still coming into the office every day?

Paul: I enjoy my customers and I like to visit with them. A lot of them still have questions. Through the years, people have told me a lot of things in confidence that never go any further. You earn that trust through the years. I let them know that I’m still available if they have questions, need help, have a family situation, including financial and personal. Through the years, I’ve probably found out more about families before the minister does. There’s a lot more to banking than just lending. You’re serving your community in many different ways. That’s why I come into the bank.

Carla: That’s awesome! I love that. I imagine you’re going to keep coming in as long as you are.

Paul: I’m fortunate that my son lets me come in. I learned a long time ago that I have a son who is very, very capable of running the bank, or we wouldn’t be here. I’ve seen in my career too many sons, whether it be in the banking business or whatever industry the business was, who have taken over, and it just didn’t work. I’ve been very fortunate to have a son who was able to step in and carry the tradition on that I’ve created over the years with family, with customers, and particularly with my employees.

Carla: That’s an interesting question, Paul. What advice would you give a family or bank who’s working through that succession planning. What do you think made you successful in transitioning to your son?

Paul: First of all, he worked as a teller through high school and college. When he graduated from college, he wanted to see the world. He did, and I didn’t have an opening at the bank at the time and couldn’t afford to bring him in.

About four or five years later, I called him and said, “I have an opening down at the bank. Do you have any interest in coming back?” He replied that he didn’t know, as he was happy with the job he had at the moment. He called me back a week later and said, “Yeah Dad, I think I’d like to move back to the area.” I said, “When you come back to work, son, you’re going to have to work 110% harder than other employees at the bank.” He understood that and that’s how he got back into the bank.

He went through management training, and when I thought he was ready to take over, I said, “Well, it’s your turn.” My philosophy was that you can’t have two bosses. I stepped back and the employees would come to me, and I would redirect them to my son. Sometimes he would come to me for advice, but he had to make the end decision. That’s how that transition was created. It was extremely important. You can’t override the manager or department. You have to give them the reins to pull the wagon.

Carla: That’s really good advice. What advice would you give a young person who’s just thinking about starting a career in banking?

Paul: First of all, you have to be a people person. You have to be a very good listener. You have to be willing to do the extra work, and don’t plan on being an 8-5 person. In this business, you don’t finish the job until it’s completed. If you have employees that do that, it spreads within the organization, and everyone works the same way. You can’t look at it just as a job. It’s a career, and you want to do the best you can. You want to take advantage of all the opportunities and the education.

The technologies today are tremendous. I’ve told my son and his department heads that they have long-time employees–over 85% of our people have been with us 25 years or more–and we’re coming to the point that they’re retiring. It’s extremely hard to find someone who want to do the work. Most young people today want to make their own hours, but the bank needs to find people persons. You’re born with that mentality. You don’t get it out of a book. If you find that person, any young person today knows technology. And technology is the future. unless you have the attitude and the technology and the ability to perform with that technology, you’re going to have a tough, tough road ahead to compete with the large, corporate banks. In our situation, we have spent thousands of dollars in technology to compete with the big banks. But you need to have people who are comfortable with it.

Carla: It’s been a pleasure chatting with you! Is there anything else that you’d like to say to the YouTube world about your career in banking?

Paul: I got into the career accidentally. I graduated from Gustavus in 1954 and got drafted right away into the Korean War. When I got out of the service, I came from a non-banking family. With Burrows, I was selling accounting systems. I had majored in accounting and economics. I saw all these rural banks with older manages and owners. I didn’t see any young people. I started to look around.

At a large corporation, if you’re a good salesperson, they raise your quota or cut your territory. That happened to me. I started to look around for a bank. I found one, and they asked if I had ever worked in a bank, and I said, “No.” One night I was in Lacrosse, Wisconsin, to sell an accounting system. The lights went on in my head. I thought, “I’m going to go into that bank, and I know more about the accounting system and the equipment than anyone else there. The next day, I asked them if they would hire me.

That’s how I got into the banking business. Eventually, Citizens Bank in Willmar opened up a brand-new bank. That was in 1965. They hired me to work at the bank. I was there five years, then had the opportunity to come to Farmers State Bank, which is now Lake Region. That was 50 years ago today.

Carla: Well, then today is a good day to be doing this interview! Congratulations!

Paul: Oh thank you! It’s been a wonderful trip. We’ve grown from $4 million in assets to $132 million. It’s all been done with excellent employees. I’m always taking care of my employees because if I’m going to train them well, I don’t want my competitor to have them. That’s what happens if you don’t pay them and treat them well. That’s my philosophy. My son has carried on that same philosophy. You’re only as good as your employees.

Carla: Those are absolutely the words to live by. I love that. Paul, thank you so much! It was an honor to speak with you today and to get to know you. Congratulations on a fantastic career and a life very well-lived.

If you pay one of our three branches a visit, there’s a chance you could chat with Paul Vollan yourself! Learn more about our branches and services at www.lakeregion.com. 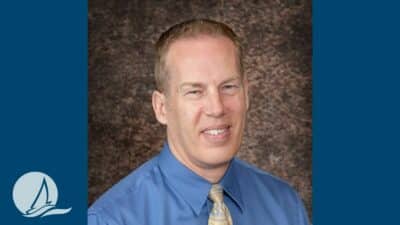 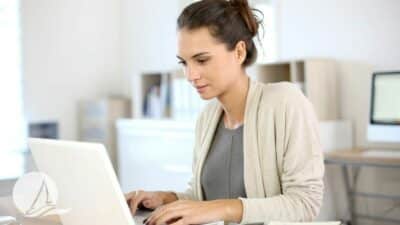 Get to Know the Premier E-Corp Business Banking Suite

Read More »
Stay in the Know

Lake Region Bank provides links to web sites of other organizations in order to provide visitors with certain information. A link does not constitute an endorsement of content, viewpoint, policies, products or services of that web site. Once you link to another web site not maintained by Lake Region Bank, you are subject to the terms and conditions of that web site, including but not limited to its privacy policy.

You will be redirected to